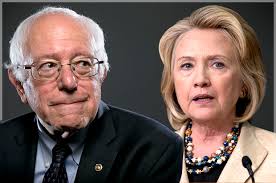 PITTSFIELD – This is my first column since running for state Senate, and I have to confess to being in a state of depression over the whole election cycle this year. There is something that I want to get off my chest, and it is vitally important that we understand this: Bernie Sanders would have won. We Democrats need to have a long conservation with ourselves about the direction of our party.

Understanding why the Democratic establishment believed that Hillary Clinton was a good pick requires a little history. In 1992 Bill Clinton was running for president. The Democrats had not won the presidency since 1976, 16 years earlier. And ’76 didn’t really count, since Gerald Ford was so abjectly tainted with the Watergate scandal and his pardoning of Nixon that just about any human being with a pulse and a “D” next to his name could have beat him. The last legitimate pre-1992 victory came back in 1964 when LBJ beat Barry Goldwater, a remarkably distant 28 years earlier.

In 1992, the Democratic Party was really rethinking itself. When pondering the candidates that went down to defeat – Hubert Humphrey (`68), George McGovern (`72), Jimmy Carter (`80), Walter Mondale (’84), and Michael Dukakis (’88) – it was thought that they were too far to the left. It may be genuinely debated as to just how far to the left candidates such as Carter or Mondale really were, but by 1992 it was thought by many Democrats that things need to change.

In 1988, the anti-death penalty Dukakis struggled over a debate question as to whether he would favor the death penalty if his wife was raped and murdered. Dukakis’ answer seemed canned and antiseptic. Many pundits considered this to be a major factor in Dukakis’ crushing defeat by the first Bush.

In 1985, the Democratic Leadership Council was founded, espousing a turn to the center. These centrist Democrats were called “New Democrats.” Bill Clinton was one of them. During the ’92 New Hampshire primaries, then Gov. Clinton made sure to publicly head back to Arkansas to oversee the execution of Ricky Ray Rector. Rector had already self-lobotomized himself in a suicide attempt. When Rector was taken to be executed, he asked the guard to save his pecan pie from his last meal so he could eat it later.

With Clinton came the North American Free Trade Agreement, the Personal Responsibility and Work Opportunity Act (welfare reform), banking and securities deregulation, and The 1994 Omnibus Crime Bill (which featured mass incarceration). In fairness, there was also an economic boom and the first projected government surplus since 1969.

This is where the pro-Hillary mentality began. They figured what worked for Bill would work today. The belief in Hillary’s potential for success was a holdover view of politics from a political school of thought that lost resonance in the ’90s – centrist, corporate, establishment politics. Even Hillary Clinton seemed confused. While later often claiming she was in strong support of progressive ideals so as not to alienate Sanders supporters, she said in September of 2015, “You know, I get accused of being kind of moderate and center. I plead guilty.”

On Feb. 5 of this year, the Eagle ran my aptly-named column “Trump, Sanders are riding the same political wave.” I then wrote, “Both Sanders and Trump speak to this dystopian reality of a disappearing middle class in a way that Clinton and the other Republican candidates do not. Both Sanders and Trump brandish a type of populism absent in their same-party counterparts. Many hear `the big sucking sound’ that Ross Perot warned us about regarding NAFTA and our other trade deals. They see Sanders or Trump as the answer. When Sanders says we cannot allow banks that are too big to fail, he has a credibility that the Glass-Steagall-eschewing Hillary Clinton does not.”

As recently as November 5, 2012, Clinton had called the Trans-Pacific Partnership the “gold standard in trade deals.” She tried to disavow this position, but the damage was done. I concluded, “Americans distrust establishment politicians . . . Sanders is the more electable candidate than Clinton.” I was right.

Trump and Sanders were filling arenas when Hillary Clinton could not fill small halls. She inspired no enthusiasm, had almost no ground support, and her seemingly only redeeming quality was that she was not Donald Trump. Moreover, Clinton’s image as corruptible, corporate, and out-of-touch was exacerbated by the shenanigans with the DNC, the debates, the convention and the Clinton Foundation.